If you have any question, welcome to contact us.

You can download the E-Catalog or view it online. 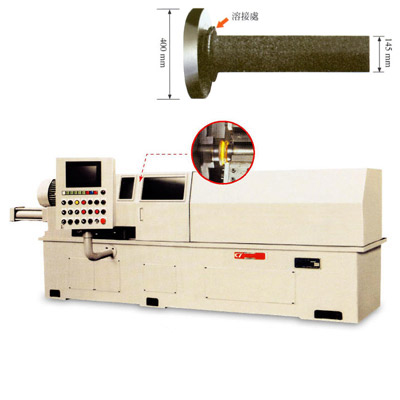 The test data of the model of TH welding machine (welder) which we imported from Japan. 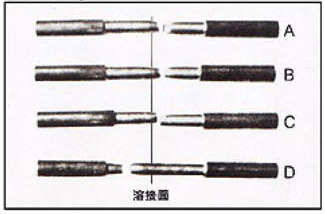 The max. bending strength after friction welding increases by 10%. The friction-welding and tempered high carbon steel exhibits bending strength equal to the base metal and close not cause breaking even when bent at 150°. 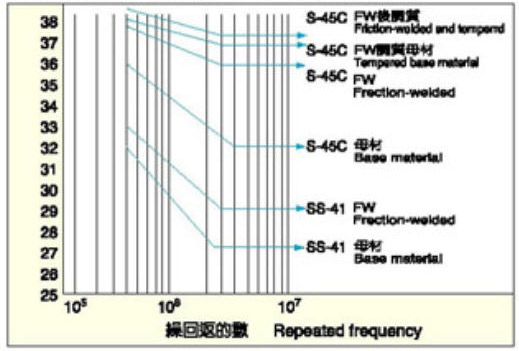 Since heat generated by the friction welding gives only local influence to the material, the adverse effect is almost negligible. As shown in the microscopic photos no boundary appears where the material welded and joined portion is well dispersed.

Distrbution of hardness after friction welding